As Doug Parker leaves the CEO position at American Airlines on March 31, the industry needs to recognize the importance of his leadership over the past two decades. Doug Parker is being lauded for leading airline industry consolidation.

This tribute is totally deserved! The acquisition of USAir by America West in 2005 began a wave that ended up with four large U.S. carriers representing 80% of domestic capacity less than ten years later, capped in 2013 by Parker driving USAir’s merger with American Airlines.

The merger wave now continues with the announcement of the Frontier-Spirit merger, expected to occur later this year.

That left ten “major” (>$1 B revenue) carriers in 1990, by most measures still a fragmented industry. (American, United, Delta, Northwest, Continental, USAir, TWA, Pan Am, America West, and Eastern where Eastern and Continental were owned by the same holding company).

After that first decade of deregulation, in the early ‘90s, the industry largely took a break from domestic consolidation. Instead, the largest carriers focused on international expansion.

A Grander Vision for Consolidation (1990)

I worked in Planning at American over this time period. Even as American grew internationally in the ‘90s, we contemplated more domestic consolidation. The major impediments to further consolidation were seen as labor (merging pilot groups in particular) and anti-trust concerns.

As the largest domestic carrier at the time, we could not see how the Department of Transportation would allow American to acquire a major competitor.

American’s domestic merger analysis in the late ‘90s, long before the merger wave led by America West, identified the “best partners” for each of the larger three, each with a vision to create a more comprehensive domestic network:

American, strong in east-west traffic flows over Chicago and Dallas-Fort Worth, would fit well with USAirways with its strength up and down the east coast (Charlotte, Pittsburgh, Washington, New York) [American operated a hub at JFK but that was not well-suited for domestic operations at the time; AA also tried mini-hubs in Raleigh-Durham and Nashville to plug our eastern U.S. gap but those proved unprofitable].

When matched with Continental, United could then also capture a new east-west traffic flow over Houston and gain considerable strength on the East Coast with Newark.

Delta, super strong on the east coast with Atlanta, could gain synergies with Northwest in the Midwest (Minneapolis and Detroit).

According to our modeling, if only one pair matched up, that partnership would gain huge benefits as the largest U.S. carrier; if all three mergers occurred, however, some parity in competitive positioning would remain.

The mergers were calculated to be a much better solution to network gaps than the mini-hubs created by each of the carriers in the ‘80s (including America West in Columbus, Continental in Cleveland, Northwest in Memphis, and Delta in Cincinnati).

American believed we couldn’t lead the consolidation. Nonetheless, we were ready to move.

Surprisingly, British Airways actually took the first step. British Airways bought a large stake in USAirways and envisioned a three-way partnership across BA, AA, and US.

This was consistent with American’s previous “grand plan.” American began discussions with US over a frequent flyer program relationship and other less controversial elements of cooperation.

After multiple iterations, however, the regulators demanded too high of a price for an AA/BA joint venture.

AA’s discussions over international cooperation paused (conversations were re-initiated many years later and the joint venture business model is now common across the Atlantic).

"British Airways turned to a potential joint venture with American across the Atlantic. After multiple iterations, however, the regulators demanded too high of a price for an AA/BA joint venture."

Then, it looked like domestic consolidation would happen in 2000. Continental, in particular, was aggressive. They expressed interest in Delta Airlines in early 2000; but they abruptly dropped discussions when Delta balked.

United agreed to buy USAirways with increased confidence that it could get its labor onboard (2000). That, of course, would block AA’s acquisition of USAirways.

In response, American reviewed its options. AA’s legal team believed that AA could not merge with either Continental (DFW and IAH would overlap) or Northwest (Chicago would overlap with Detroit and Minneapolis). If consolidation really were to move forward after an UA/US combination, there would be little left for AA.

AA worked out a deal for bankrupt TWA, a fourth or fifth choice option. Ultimately, the US/UA merger was itself blocked by DOT/DOJ. And a financial crisis forced American to close TW’s remaining hub at St. Louis soon after the purchase. Basically, in the early ‘00s, the industry remained essentially as fragmented as it had been a decade earlier.

That’s when Parker really jumped in. As head of America West, Parker targeted USAirways.Perhaps it makes sense that the merger wave would have to begin with two of the remaining smaller carriers – USAirways and America West in 2005.

This merger had no overlapping routes; it was initiated by a smaller carrier and it exploited the “failing carrier” doctrine with US forced into bankruptcy after 9/11/01.

Even after the US/HP merger, Parker remained aggressive. Parker was convinced that further consolidation was necessary for a healthy U.S. airline industry. He followed the USAirways acquisition with a bid for Delta. Once again, however, Delta wasn’t interested and the bid was rebuffed.

Still, the America West/USAirways merger formed a template for subsequent mergers. First, all of the remaining mergers followed airline bankruptcies and were positioned as part of necessary restructuring.

United had filed for bankruptcy the first after 9/11 -- in 2002. Their bankruptcy lingered on until 2006. In response to DL/NW discussions, United began talks with both Continental and USAirways. UA agreed to a merger with Continental in 2010 fairly quickly after the Delta/Northwest merger.

"The America West/USAirways merger formed a template for subsequent mergers. First, all of the remaining mergers followed airline bankruptcies and were positioned as part of necessary restructuring. Second, each merger had labor support. Third, in each merger the smaller carrier played a key role; the smaller carrier was not simply swallowed up by the larger carrier."

In 2011, Parker completed another consolidation move for USAirways, gaining approval for a huge slot swap with Delta. USAirways would reduce its presence in New York LaGuardia and focus more on Washington, D.C., and Delta would do the reverse.

Even as each remained independent, each secured more dominant positions in their chosen region. Parker had spurred further domestic consolidation even without a full merger.

Also in 2011, Southwest Airlines joined the consolidation movement with its acquisition of AirTran. AirTran had been restructured in 1999, had launched a major growth plan, but was handicapped by competing against Delta in Atlanta.

Southwest, known much more for internal growth, purchased AirTran both for its Atlanta presence (Southwest had begun to serve major business airports like LaGuardia and Philadelphia) and its international success.

American had avoided bankruptcy after 9/11 – but that delayed its necessary restructuring. The emergence of three new stronger merged airlines proved too much. American finally filed for bankruptcy in 2011.

As part of the bankruptcy process, USAirways (Parker) made a successful bid and merged with American as it exited from bankruptcy in 2013.

Truly, Parker had played a pivotal role in the industry consolidation. Nine carriers had become three in less than a decade (TW, HP, US, AirTran, WN, AA, UA, DL, NW, CO). For a period of time after the mega-mergers, the industry appeared much healthier. Profitability soared.

It’s almost been a decade since the last of the big four mergers occurred. Certainly, for a period the consolidation did result in more industry stability. But, of course, the airline industry never does stay still.

The industry continues to face new challenges and adapts accordingly. Two new developments have disrupted the plan for a stable industry structure dominated by four mega-airlines:

1. Low cost carriers and other new entrants. Both Spirit and Frontier have grown dramatically with business plans specifically designed to compete effectively against the large hubs (low cost, point-to-point, more leisure oriented). JetBlue, Hawaiian, and Alaska have each found successful market positions that have driven market-share gains. And other start-ups now see opportunity, including Breeze, Avelo, Aha!, and others.

2. The pandemic. The sudden drop-off in travel demand and its disproportionate impact on business and international travel disproportionately impacted the mega-carriers formed just 10-15 years earlier. It spurred faster retirement of older aircraft for some; it challenged the economics of some hubs. The outcome is still uncertain.

The basic impetus for consolidation – regional hubs covering the country, loyal business travelers – have both eroded. The largest four carriers – at one time 80% of U.S. capacity – may revert to 65% in the next decade unless they can successfully adapt to change.

Certainly, the proposed merger of Frontier and Spirit, as a combined airline, presents even stronger competition against the Big Four.

The merger, however, represents a departure from the merger formula Parker created 15 years ago, and which has now been followed by each of the Big Four:

1. The other mergers all sought greater national strength with complementary hubs or focus cities. Each of the largest carriers now has five or more such points of strength. The Spirit/Frontier merger, consistent with their low frequency leisure strategies, offers increased coverage but neither dominates any city or region.

2. Neither carrier speaks of the merger as important to their survival; in fact, both have weathered the pandemic better than most. Both are strong, profitable carriers.

3. As with the other mergers, the smaller carrier initiated talks but in this case, Frontier was already approaching Spirit’s size and had enough aircraft on order to grow significantly on its own.

It certainly isn’t much of a stretch to forecast that the industry will be divided across more large carriers by 2030. As always, however, it is unlikely that the industry structure will be stable no matter how fragmented or consolidated it is at that point.

Will there be more start-ups? How large will the LCC market (Frontier/Spirit) grow? In any case, the Big Four will continue to need to adapt to changing customer needs. And Doug Parker will have left a legacy that is unequalled in the airline industry.

Tom Bacon is an airline industry consultant based in Denver, Colorado. With 30 years experience in a variety of travel companies and business situations, he has a track record of dramatically improving profitability through innovative revenue strategies. 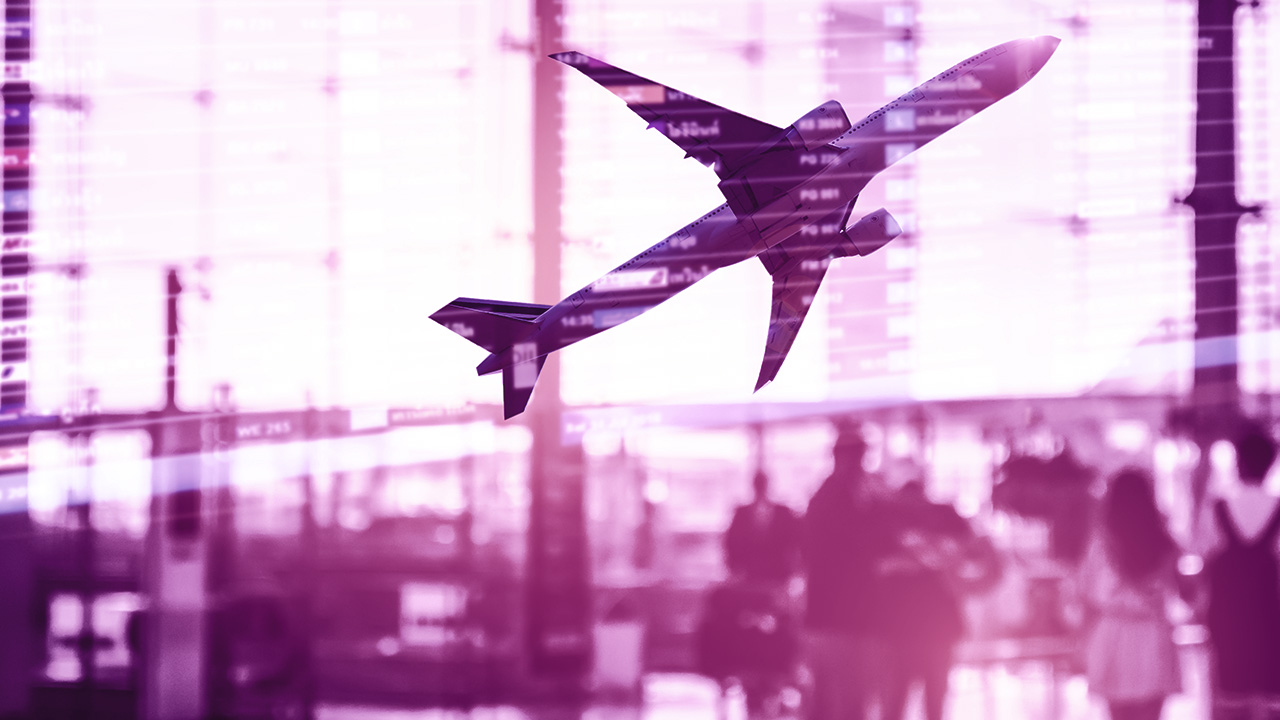 Why Customer-Centricity, Data, Loyalty and Fintech will Converge to Define Aviation