“Ironically, the current approach is privileging national players and hurting those that are far more pan-European in nature, both in operations as well as in staff composition. One can argue it is against the whole concept of a European Union,” writes Kambr Advisory Group’s David Delfini.

One struggles to identify the last time history saw such a combined and simultaneous shutting down of human activity across the globe. Certainly, the pandemic has forced us into a quietude of reflection and self-evaluation where we are asking ourselves what there is to learn, and improve upon. Many of us, and I among them, are of the opinion that the solution lies in the way we manage capitalism. A common accusation appearing in multiple publications towards modern capitalism is that it focuses too much on the short-term and not enough on the longer-term.

I agree wholeheartedly we suffer from “short-termism”: the sacrifice of the longer term for the benefit of the short-term. It is not uncommon for our corporate, political and union leaders to seek immediate gain in exchange for future pain. It is everywhere. Most company failures are a result of exactly this thinking.

Our corporate leaders are evaluated on their short-term impact on the values of their companies, unions on their ability to increase their numbers and maintain employment within their own mandates, and politicians focus on being elected in the next round.

World famous primatologist Jane Goodall blames Covid-19 on our unhealthy relationship with animals and the environment[ii] - a relationship, I would add, nurtured by our pursuit of short-term gain. Is this pandemic therefore, going to be a lesson, or not? Judging by the financial assistance programs being announced across Europe, the question inevitably arises: why are governments financing the airline industry the way they are? Are they doing anything different compared to the past?

Europe’s commercial aviation sector is going through a surreal moment, and if it is not at crossroads, it should be as it is hard to identify a better opportunity for it to be. Governments could seize the moment to intervene in a manner to help the industry address many of its structural problems, which does mean something needs to change compared to the past. They could also choose to facilitate it in continuing on the path it already was on, or in the worst-case scenario, they could make things worse.

Understandably, carriers are vying for government assistance to ensure survival through the pandemic, and governments are naturally anxious to help them to ensure the entire industry does not collapse. Fair enough. But instead of intervening to improve the state of the industry, I believe governments risk making things worse.

The Myopia of Current Aid Targets

Let’s examine the most recent spate of air packages. It is difficult to not notice the differences between the ex-national airlines that have performed below average, and those that have performed above average, mostly, but not exclusively, the younger, independent low-cost carriers (LCCs):

The necessity to bolster the airline industry and many of its jobs is a goal that deserves support. However, what is not evident is a market-based strategy that promotes true economic value and that directs the industry to addressing and resolving its long-term structural issues.

The Winning Business Models are Being Put at a Disadvantage

If the above list reflects the final outlay of support, government actions would have significantly distorted the competitive playing field in favor of the poorer performing players.

Low Cost Carriers in 2018 represented 41 percent of the capacity of intra-European travel, reflecting extremely rapid growth in just two decades. The three big independent LCCs of Europe averaged a Net Income of 13 percent over the last six years, and IAG, the other big airline group of Europe, averages 9 percent. On the other hand, the two big main beneficiary groups of government assistance – Air France/KLM and the Lufthansa Group, averaged 2 percent net income over the same period. The other big beneficiary to-date, Alitalia, has instead consistently run losses. So, what are European governments up to? Why are they investing so much in flailing business models and carriers?

I am not arguing that the business models of the poorly performing carriers should disappear. But it can be argued that they represent far more capacity than they should, hence their largely systemic poor returns. That appears especially true compared to their competitors' business models, as well as to those of most other industries.

By adopting an approach that doesn't reflect market dynamics, European governments are perpetuating the deficiencies that these carriers represent. As such, these governments are hurting society and the industry they are purporting to help in more ways than one by introducing significant moral hazards into the management of the industry.

And who suffers from all of this? Everyone.

The favored airlines place capacity on the market that shouldn't be there. That, in turn, leads to increased pollution, unsustainably lower prices and lower industry-wide returns.

They are stifling innovation by making it difficult for new airline solutions and models to emerge because they are suffocated at birth by those with seemingly endless pockets – thanks to the taxpayer.

Why should they risk engaging in innovation? Better to plod along slowly with what one knows even if one knows it works at best only sub-optimally.

Taxpayer funds are deviated to prop up services that in the long run don't provide the community with the same returns that are available (or necessary) elsewhere. They keep society's resources (its workers first and foremost) employed in unproductive activities, rewarding poor financial performance, as well as putting downward pressure on wages (of staff not represented by strong unions) and economic growth.

All this, of course, hurts the better performers, especially when they are not “national flag carriers.”

The LCCs in particular are being hurt by this clear distortion of the playing field as they compete in many of the same markets as the benefiting carriers. It seems as if European governments are punishing them for their bigger returns and - through their low prices and creative business models – for assuming the important role of offering the masses of Europeans the opportunity to fly around Europe and come into contact with each other, and build the European Union from the base up, in ways that legacy airlines have historically not been as successful at doing. It seems to me clear from the above arguments why the non-benefiting airlines, both LCCs and non, don’t deserve to have governments operate against them.

Moreover, ironically, the current approach is privileging national players and hurting those that are far more pan-European in nature, both in operations as well as in staff composition. One can argue it is against the whole concept of a European Union!

Can these conditions be better?

Yes, is my answer.

I understand the thinking that governments act in their best interest and finance those companies that pay taxes in their countries. It wouldn’t make sense for Spanish government funds to support a carrier that pays its taxes in Scandinavia. But the governments forget their airlines operate in a single market. How can different rules apply to different actors within the same market?

While the Austrian government requires that aid recipients demonstrate historic profitability to qualify, the Italian government has gone ahead and waived this requirement.

How can this be in what is supposed to be “a single European market”?

Ah, then there is the environment.

Almost all EU governments have claimed great concern for the environment, and the adoption of new generation powered aircraft are a condition of theirs. Given this justifiable concern for the environment, should governments not discourage airlines from flying routes that have under-performed over multiple years – especially in the short haul markets where these weaker performing airlines have suffered more? Are perhaps the current actions of the governments doing the exact opposite, and encouraging airlines to fly schedules that they shouldn’t be flying at all, thereby increasing pollution, rather than decreasing it?

It is true the capacity lost will be partially substituted (only insofar as it actually produces a profit) by, for the most part, cleaner and better-equipped actors flying newer equipment. But the marginal flying will stop as the airlines that take over the routes will not have the same loss thresholds as the outgoing carriers. The net result will be fewer airplanes, flying more cleanly in the skies. Isn’t that what governments claim they want? Why such a long and tortuous path to achieving what will end up being a poorer result?

And why don’t the governments at least place conditions on the airlines to protect the non-benefiting rivals to some degree?

For example, why are they not prohibiting the benefiting airlines from pricing any single departure below variable cost?

In addition, should they not limit capacity placed on any route to not allow them to grow capacity share beyond what it was before the pandemic broke? Should they not also limit overall capacity growth to that of the market average?

The absence of these sorts of conditions will allow the benefiting airlines to continue suffocating nascent and more innovative carriers in the market, while earning below par returns. This is a certain way to ensure the industry remains a model of inefficiency from both an economic as well as an environmental point of view.

And most of all, why are the governments not coordinating among themselves to ensure the single market is treated as such?

What should governments be doing

My suggestions are to follow a completely different approach:

What would be possible outcomes of such actions? Assuming my suggestions are taken into account, I can envision the possibilities:

The inevitable – already reflected in the strategies of all three big airline groups of Europe - will be accelerated and allowed to come to fruition.

Most legacies will draw down their presence from the intra-European market, leading to lower capacity levels, less flying, a cleaner environment and better economic returns. Taxpayer money will have been well spent. Eventually combinations between effective short haul actors and the effective long haul players (the legacies) will emerge that will ensure that long-haul flying remains viable and in existence, and that short-haul flying reflects what the consumers actually want and will continue to encourage Europeans to visit and get to know each other and to strengthen the process of creating European citizens and pan-European understanding; a combination that will provide society with greater overall returns on more fronts.

A win-win situation for everyone except for those who benefit from short-termism at the expense of long-termism.

About Our Guest Author, David Delfini 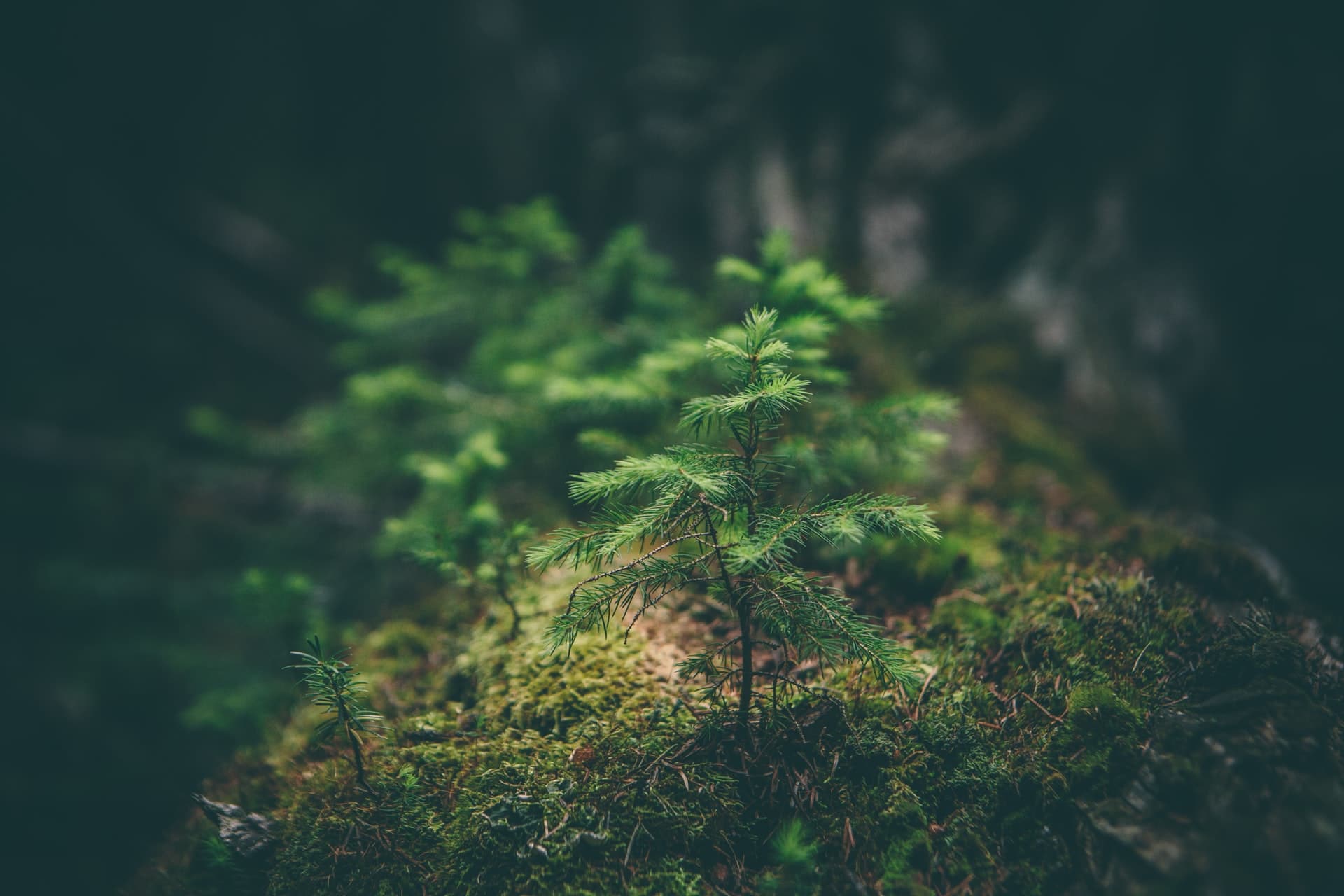