“Without a clinically-led test regime, the airlines will become the global 'Covid-19 super spreaders.' Conversely, with a savvy end to end-testing regime, using best of breed PCR testing, and sound epidemiological modeling can be buttressed by Internet of Things travel apps that can provide immediate updates to passengers. That would ensure the airlines becoming the veins to convey the oxygen needed to save so many tourist economies which have no choice but to open – but with the utmost safety.” – Brendan McKittrick, Aeroband

The airline industry is key to the recovery of the global tourist industry. I have been working with a number of governments in the last few months to build a sustainable “Safe Travel” regime. And I have learned one lesson: the solution to reopening economies must be clinically-led and based on a risk mitigation strategy that can demonstrated to work through modeling or advanced simulation.

However, far too many countries have opted for a reopening of borders driven by economic need, supported by financial incentives and technological innovation and using myriad test systems.  This haste, whilst understandable, has now meant that  there is the real possibility of a second wave of infection and a second lockdown.

Most airlines will not survive a second grounding. But we must understand that a solution is possible to this paradigm – and it must ultimately be clinically-led.

The impact of the COVID-19 virus on the aviation industry is well documented. Iconic airline Delta posted a net loss of $5.7 billion for the second quarter of 2020, which is a worrying note from the North American talisman of full-service airline health. The grounding (or partial grounding) of virtually every fleet globally is something that the industry has never experienced, nor by deduction, ever survived.

As an industry, we are now truly in unknown territory. Airlines are only breathing oxygen right now because governments have injected financial life into the industry through myriad instruments. The cave goes dark in Q4 2020, when neither the appetite for continuing to provide bailouts, nor for citizens’ willingness to fly, is guaranteed.

At that point, we will truly be feeling our way through a place where none of us has ever been.  The business plans which underscore the restarting of the airline industry are all caveated with one assumption – there will be no second mass grounding of fleets.

This is where I have my concern. I do not believe the industry, or any individual airline, can survive a second “hard stop.”

Back to the extremely valuable life lesson I learned in the last couple of months: A lesson so valuable that I honestly believe it will be the difference between wholesale airline bankruptcies – and its devastating impact on all aviation stakeholders – or a slow, difficult recovery with manageable industry losses.

That lesson was absorbed whilst talking with a number of governments on strategies to reopen for part of the tourist season and using the simple art of mathematical modelling.

We entered these conversations thinking strategically and open-mindedly. But we came to these meetings with one simple flaw in our thinking: we assumed the solution was going to be predominantly a financial and technology-led blend to allow folks to travel again.

We mistakenly believed those methods would be supported by a mélange of important test points to detect Covid-19 amongst the travelers and crew – a clinical approach to managing health risk for airlines, airports, and the traveling public.

Towards A Clinical Approach To Air Travel Safety

That approach was driven by working with our partners in this endeavor, HealthLinked, a UK based company run by Ronnie Monaghan, a Digital Health expert (and an old friend of mine), and Dr. Margot Gralinski, an expert clinician.

Along with David Galea Sammut, my trusted business partner, and through working with them in the medical details, we realized that any viable and effective solution would be clinically-led. While the financial and technology components are crucial, those tools would serve only to buttress the clinical regime that would be implemented.

The specifics of the testing regime would determine the outcomes – once again the devil was in the details. Allow me to explain.

There are many apps out there promising to protect travelers based on several types of tests, such as body temperature, blood oxygen levels, and even heart rate checks. Some are even deployed in airports as part of contact-free check-in and baggage drop.

Most of these tests have limited ability to trap the “Zebra” in the herd, as my medical friends call it, i.e. finding the Covid-19 carrier amongst the travelers. A number of airlines were performing antibody tests pre-boarding. Whilst this gives some sense of comfort for those boarding the plane it will typically reveal that the percentage of the travelers who have Covid-19 antibodies (IgM or IgG) will be in the single digits, which as mentioned above, is not a guarantee of immunity. In fact, it may even indicate an asymptomatic “Zebra” among them as a positive IgM test indicates very recent development of antibodies and the possible presence of Covid-19.

This does not protect the travelers or the crew. Instead, this approach creates a false sense of security. There are also antigen tests, which are heralded as having an almost 100 percent success rate on the sample groups.

Again, we learned that efficacy is not the only deciding factor. The sensitivity of the test is absolutely paramount to ensuring the elusive “Zebra” is identified.

Having a low sensitivity of say 85 percent, as most antigen tests do, means that 15 percent of the target “Zebras” pass through undetected and do not form part of the 100 percent group of positives. Until Antigen tests perform at sensitivity percentage levels of high nineties, they remain a complimentary test.

As with any uncertainty, it’s important to guard against overly-optimistic expectations. But some methods do offer greater reason for hope. The high efficacy, high sensitivity Polymerase Chain Reaction (PCR) tests are the only tests today which ensure the “Zebra” in the herd is identified.

There are over 350 recognized PCR tests on the market, and they vary in many ways including quality.

There are three key differentiators when choosing the right test: Efficacy and Sensitivity, as mentioned, and the time it takes to separate the DNA from the swab sample (ranging from 2 to 8 hours).

Balancing efficiency and efficacy is the key here. This is where the medical experts should lead.

The Price Of Safe Travel

All this testing can be modeled based on known rates of detection and estimated rates of infection in the incoming travelers. Furthermore, all testing should happen within a very short distance from where the sample is taken to avoid the common problem of sample corruption for a myriad reasons.

Maintaining a high level of accuracy in PCR tests is non-negotiable. It is the sine qua non to opening borders safely. And therein lies my concern.

Airlines are taking to the skies again. Airports are opening without the proper medical science or mathematical modeling to demonstrate they will not be an accelerator for a second wave of infections in those locations.

There are many jurisdictions which are opening without the right science and will be closing again when they realize their Covid-19 cases are spiraling. Add to this, the frustration of the local health workers, who are already exhausted and the exposure of the flight crew plus airport staff, and you have a potent cocktail ready to explode.

What’s the likely outcome of these missteps? Assuredly, it is the closing of routes and the grounding of aircraft.

Galicia in Spain and Melbourne in Australia spring to mind.

The cost of a second grounding of some airline fleets is the price we may have to pay for borders opened without the science or modeling to assure “Safe Travel.”

We have seen a number of routes rapidly closed down with weeks of reopening. The main factor was the opening of the borders too hastily as an economically-driven decision, rather than a health-driven, economically considerate decision.

Greece is a good example of a destination that opened and has subsequently been partially closed. This hurts Greece as well as the visiting airline. And this could have been avoided.

The latest update is that Greece is now considering a reentry into full lockdown. Any airline which is requested to close a route so soon after reopening will have shipped a heavy cost having mobilized its fleet after the extended grounding. They would now face the slight but increasingly likely possibility of mothballing their fleet once more. The cost of doing so could add more bilge water to the already sluggish ship.

These airlines affected by Greece’s partial closure are no different to any other carrier.  These airlines are caught between the obligation of bringing the tourists where they are needed and simultaneously not being the acceleration vector for the second wave, all enveloped within their own need to generate revenues.

Without a clinically-led test regime, the airlines will become the global “Covid-19 super spreaders.”  Conversely, with a savvy end to end-testing regime, using best of breed PCR testing, and sound epidemiological modeling can be buttressed by Internet of Things travel apps that can provide immediate updates to passengers. That would ensure in the airlines becoming the veins to convey the oxygen needed to save so many tourist economies which have no choice but to open – but with the utmost safety.

In summary, many financial adjustments are needed, from softening of leasing terms to direct investment and job protection. Likewise, there is a great need to leverage the best distributed ledger technology to share information, whilst completely protecting the traveler’s personal information.

However, the key here is to avoid a second wave fanned by the uptake in air travel due to the re-opening of routes. This would lead to a cascade of route closures followed by the formal grounding of unutilized aircraft, ultimately the death knell to airlines with wilting balance sheets.  On the flip side, the implementation of correct testing processes at key points, including the placing of testing labs at points of entry, eased by the multilateral collaboration of the main stakeholders – Governments, Airports, Airlines and Industry bodies – would allow a resumption of travel under what could be collective recognized as “Safe Travel.”

About Our Guest Author, Brendan McKittrick:

Brendan McKittrick is the Chief Executive Officer and co-founder of Malta-based Aeroband, which seeks to reduce costs for aviation stakeholders through game-changing technology, such as Distributed Ledger Technology (DLT).

Brendan, who is based out of the company’s Dubai office, developed his first technology for aviation in 2000 as part of a technology team in Dublin. His penultimate role (2016-2019) was global CTO/CIO of Accelya Group Holdings.

He co-founded Aeroband with his business partner, David Galea Sammut.

David and Brendan are available to consult into Airlines, Airports, Lessors and other stakeholders who want to benefit from game-changing digital innovations such as SMART Contracts and how to safely restore enduring operations whilst Covid-19 prevails. 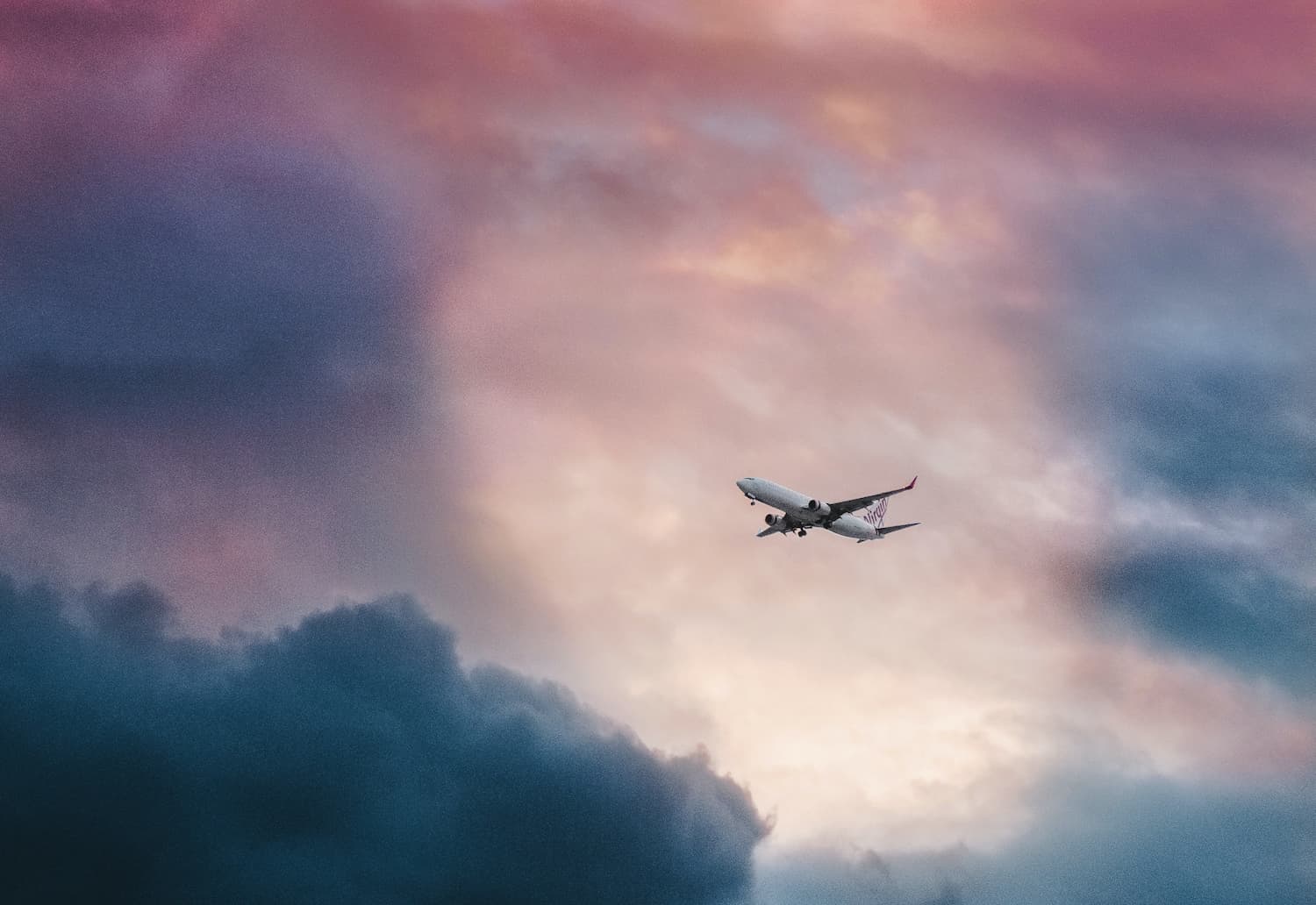 What Has IATA Achieved So Far with Its NDC and ONE Order Distribution Initiatives? 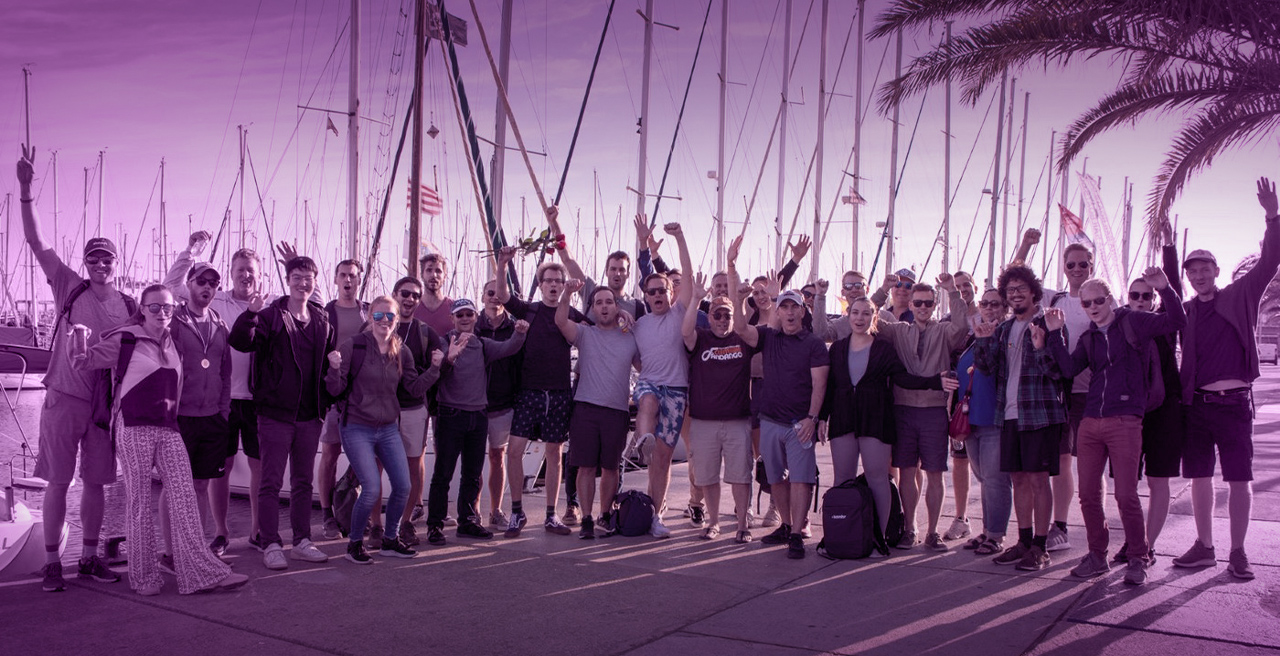 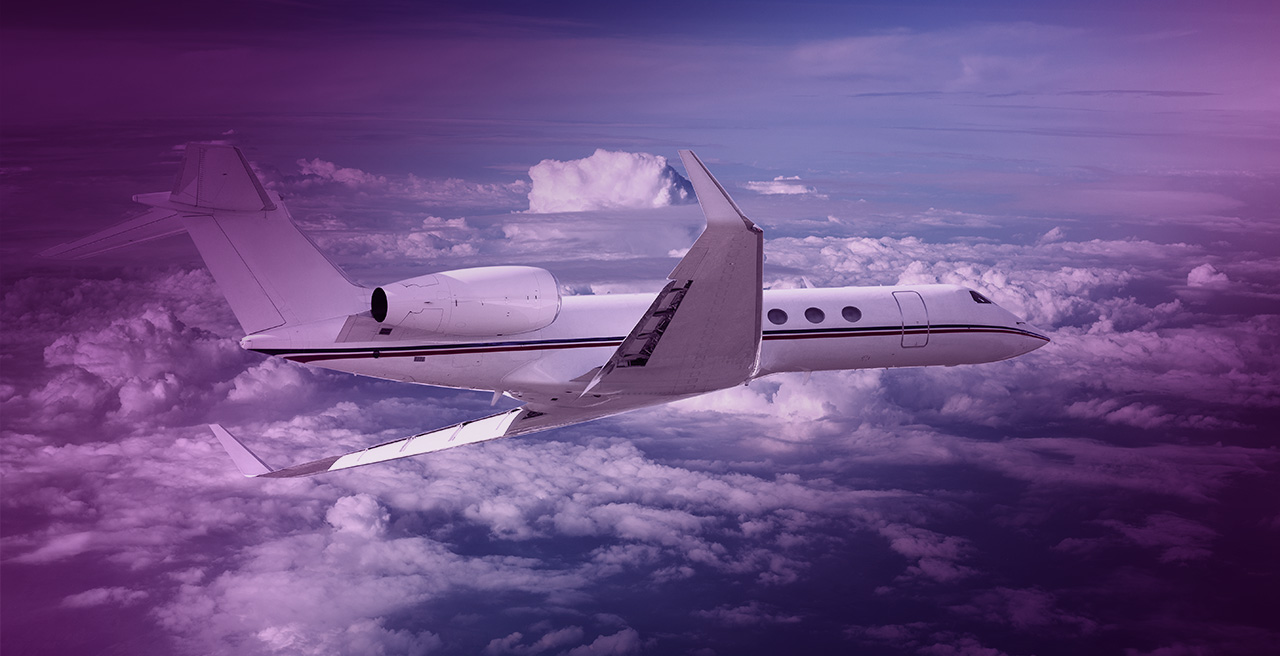