This is the second of a two-part interview with Kevin Noertker, CEO and co-founder of Ampaire, which covers electric mobility, electric batteries and the future of sustainable aviation.

You can read part one here.

At the Revolution.Aero event in San Francisco, electric, hydrogen and biofuel companies made headwinds.

One company that stood out during the conference was Ampaire, a new electric aircraft manufacturer thathas been flying prototype hybrid-electric designs since 2019 and plans to certify its first commercial product, the Eco Caravan, in 2024.

Its secret sauce is its use of a Cessna 337 Skymaster technology testbed aircraft enabling it to test and refine elements of a hybrid-electric propulsion system that can then be transferred to commercial products such as the Eco Caravan.

This means that the manufacturer can speed-track its certification process compared to those starting off with a clean-sheet aircraft.

We chatted with Kevin Noertker, CEO and co-founder of Ampaire, the man behind this novel invention.

What made you realize that in the end, having that certification sooner rather than later is your real advantage over your competitors?

I'll start with the importance of market share. Right now, the Pratt & Whitney PT6 turboprop engine has about 98% market share in this industry.

It's not because no one else brought great products to market; it's because everyone knows and trusts the system Pratt & Whitney has built: everyone has spare parts for their system, everybody grew up flying that system.

You better believe the next time they buy a combustion turboprop plane, they're going to start by saying, "Well, does it have a PT6 in it?"

"In a safety-of-flight critical industry where people really, really care about the safety and reliability of systems, if you've delivered something that does the job safely, it really is very sticky for customers and they want to come back and use your systems."

That's just the stickiness of being a wonderfully successful company, delivering trusted products for a long period of time. In a safety-of-flight critical industry where people really, really care about the safety and reliability of systems, if you've delivered something that does the job safely, it really is very sticky for customers and they want to come back and use your systems.

It’s to our advantage therefore to deliver systems early and establish that trust. It's not through flashy marketing campaigns, it's not through amazing videos, it's not the words that you say in interviews; it's about delivering the systems and building the relationships and the trust.

The way we're looking to build market share is by moving as fast as we possibly can to deliver the really compelling, safe systems that everybody's looking for. Then, on that foundation, to continue to strengthen that reputation for trust, as well as innovation and performance. That's the goal.

That foundation of trust will lead us step by step to futuristic, clean sheet aircraft such as our Tailwind concept. It has an aft mounted ducted fun with boundary layer ingestion and other aerodynamic advances that maximize benefits from electric power.

Some of these clean-sheet designs could, realistically, take 10-15 years to come to market from the date they were conceived. That may seem slow, but we can see the industry moving inexorably in that direction.

Companies investing all their resources today on such aircraft, even if they succeed, are only achieving a single design point.

That’s not really building the broad trust you need, you're only serving your subset of the market. Ampaire, conversely, is positioned to move quickly, build broad relationships of trust across the industry, and hopefully, be the company that people can rely upon going forward.

Because you were saying by the end of the decade, we're going to see clean sheet aircraft, what would you say is your key then? Your key is trust or is there something else to pushing that forward if clean sheet aircraft then are ultimately certified?

Putting all your eggs in the basket of one all-new aircraft design is quite risky. Oftentimes they end up not being as optimal as they intended to be. They do engine changes. We just saw one company do a very expensive midstream architecture change for their propulsion system.

I actually think that by the end of the decade, many of these groups will be looking at adopting Ampaire's proven, certified and reliable propulsion systems.

When Ampaire has FAA and the EASA and other regulatory approvals, they're going to say, "Well, do we invent our own system in-house or just use Ampaire's, which is already certified by the regulatory bodies?" I think there's a huge opportunity to be the default system that goes into many of these vehicles.

If you were to ask these companies today, I think they still believe they'll get there on their own. Things will play out over the next decade and I think we will see the industry coalesce on at most a few proven propulsion designs.

I expect Ampaire will have an approved propulsion system and airframe integration optimizations, and that we'll have quite a few of those clean sheet planes using our system.

Also, not all aircraft operators will want to buy an expensive, clean sheet, advanced aircraft. There are going to be a lot of people who want to buy hybrid Caravans for a very long time because it's a relatively inexpensive plane compared to others. Many, probably most, operators will be cost conscious.

This is Ampaire’s economic value proposition. Even when clean sheet planes are available, even when they're using Ampaire systems, it's very likely that there will be a long tail of reusing existing aircraft types upgraded to hybrid electric and other propulsion systems.

Speaking of history, are there any specific historic stories you have that resonates to you with this idea?

There are a lot of case studies around what can go wrong when developing a clean sheet plane. For example, the story of the Eclipse very light jet, a wonderful product that struggled to get to market.

The Icon A5 was supposed to be a relatively low cost recreational aircraft, but ended up running into various challenges and volume constraints on production and high costs, all of which limited the market and was detrimental to the initial business case for the aircraft.

There are a number of cautionary tales involving  bringing clean-sheet airplanes to market.

Who is your biggest competitor?

The biggest competitor, which I would define as what people are going to buy instead of our system, is a baseline Caravan without any upgrades. We have to remember, the market size for electrified airplanes today in commercial applications is zero.

No one's selling any of these things. There are a bunch of people selling a vision; whether it’s fully electric or hydrogen or hybrid, but nobody's actually selling the product yet.

"We have to remember, the market size for electrified airplanes today in commercial applications is zero."

With Ampaire, on the other hand, we have a defined product in the certification process, that will be certified in 2024 and put into service shortly thereafter. That is something operators can buy today with the expectation of adding it to their fleets in the near future.

When it comes down to the buying decision, it will be based on: "Do I trust the new system that Ampaire is developing? Or do I just want to stick with the tried and tested and proven systems that I'm comfortable with?"

A preference for current systems is a significant obstacle, but then on the other hand you have something new with compelling economic and environmental advantages. That leads us to believe there will be early adopters and fairly quickly many followers for the hybrid-electric propulsion system.

If you're asking about competitors in electrified aviation, you can Google those working on a new propulsion type for a Caravan. We believe we'll get there with a better product and that others may not materialize at all.

What would you say is your biggest challenge going forward?

The big challenge is that no one has ever certified an electrified propulsion system for this category of airplane before. So it's about walking that path partnered with the regulatory bodies to make sure that we do it right.

If we do it well, then we're laying a wonderful foundation for the growth of an industry for decades to come.

It's really about doing it thoughtfully at every step along the way. The challenge with that is that it takes time, and time is the enemy of a startup company where you have to move fast in order to justify your existence.

"The big challenge is that no one has ever certified an electrified propulsion system for this category of airplane before."

Moving thoughtfully at the right pace while still moving at venture-backed startup growth pace is key and a challenge, and we've been successful so far.

But it continues to be something where we have to properly throttle. You grow too quickly… We've seen it a handful of times already in our industry, people grow, run out of money and fail.

This will likely happen quite a few more times with some of the eVTOL companies that are out there burning way too much cash. It's really about finding that balance.

A second big challenge is going to be the supply chain. Whether that's just the global supply chain challenges and issues that we're seeing across all industries, or particular to us, tied in with certification. A lot of our suppliers are from the EV automotive industry and they're not certified for aviation.

So there will be a lot of hand holding to get through the certification milestones with them and to guarantee production with quality standards that are necessary for aviation. Those are two areas as you get real about delivering products that I think will be a long-term challenge for anyone in this sector.

Do you have any more details on that with regards to the automotive use case?

It just comes down to the fact that most of the great technology for electric vehicles is on the ground, where the pace is not held back by very high regulatory requirements: testing is for automotive standards; production is geared for annual vehicle upgrade cycles.

For aviation, oftentimes you don't have significant changes over time. You lock in your aircraft design and you build the same one without massive upgrades, whereas in the automotive sector you get a new model each year.

Because of certification and supply chain issues we don't necessarily want to or need to include upgraded components on an annual basis, but instead package those on, as I mentioned, a two to three-year time frame.

Then the last part of it is that volumes in aviation are relatively low compared to ground vehicles. Hundreds of planes or thousands of planes per year contrasted with millions of cars.

That means that oftentimes the supply chain is more hesitant to do heavy investment into low volume applications, especially when they're presumably higher risk because they're flying.

Anything else I've left out that you wanted to cover?

It's just going to be a tremendously exciting next few years for Ampaire and for the industry broadly. I count my blessings every day that I get to work in this industry at this time.

When I go and hire even folks who have retired a few times in their career, they reiterate how this is the most exciting time they've ever had in the last 45 years of working in the industry.

It's really a wonderful thing—the chance to introduce exciting, beneficial technology. Hopefully, doing really well for the world, decarbonizing traditional aviation. We can't wait to see how it all plays out.

The 3 Biggest Takeaways from Altitude 22 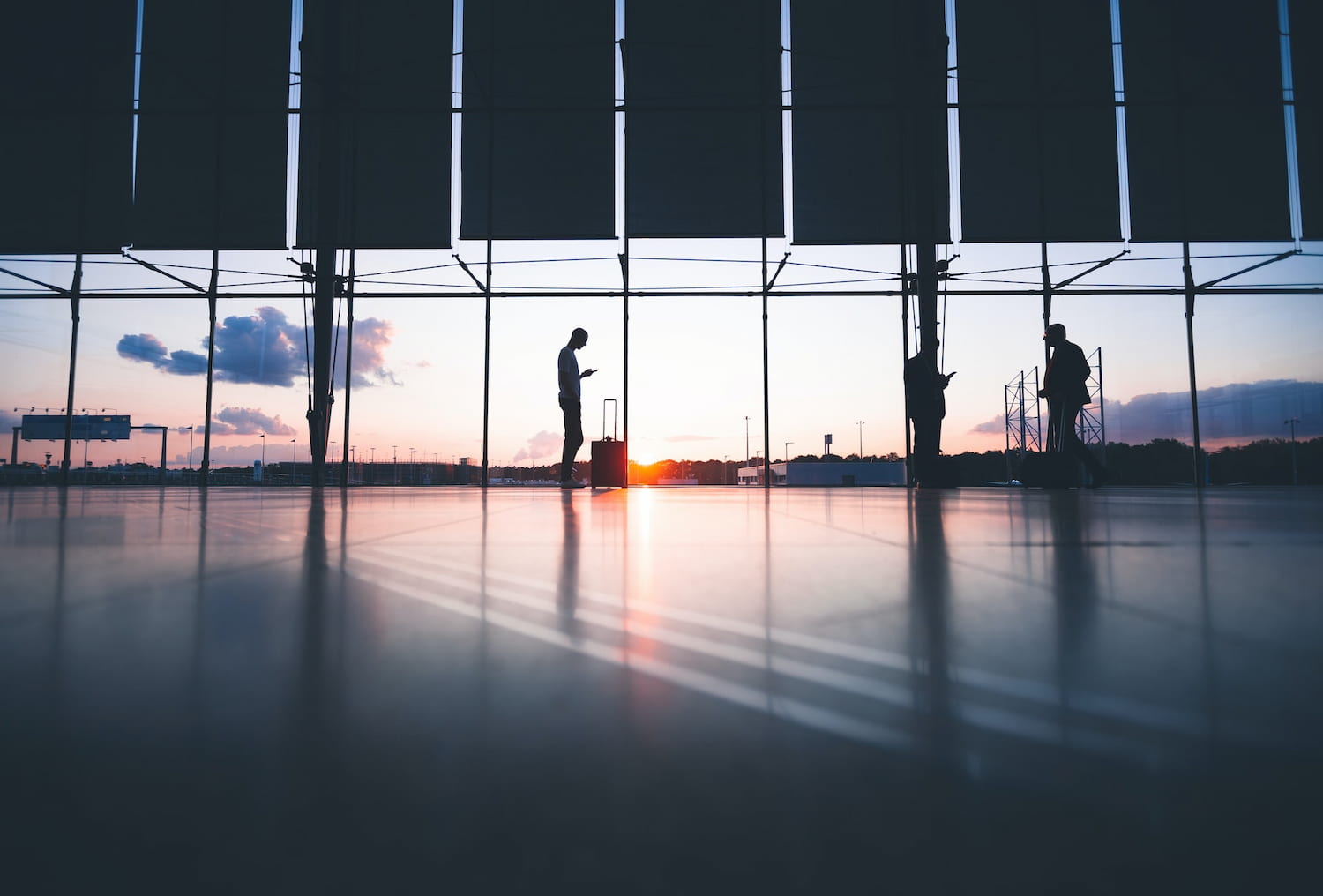